What is Metal Lathe Machine? Use, Definition, Operations, Parts, Diagram 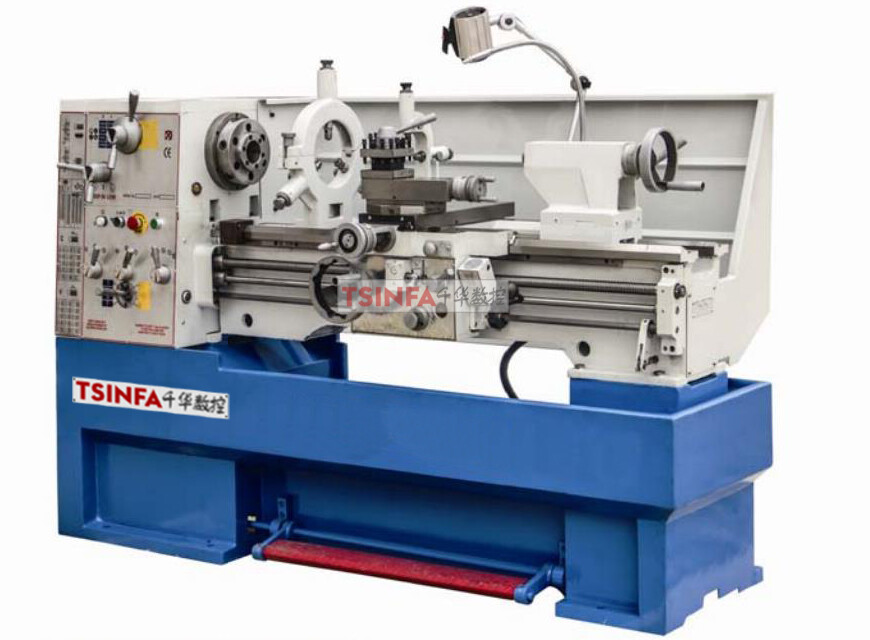 Lathe Machine is the most widely used type of machine tool in mechanical manufacturing. The lathe machine accounts for about 20% – 35% of the total number of machine tools. It mainly processes various rotary surfaces (inner and outer cylinders, conical surfaces, shaped rotary surfaces, etc.) and the end surfaces of the rotary bodies. Some lathes can also process threaded surfaces.

The tools used on the lathe are mainly lathe tools. They can also be used to process holes such as drills, reaming drills, dumpling knives, as well as threaded tools such as taps and plate teeth.

Horizontal metal lathe has a wide range of technology. It can process many kinds of surface, such as inner and outer cylinder, cone, ring groove, forming revolving surface, end plane and various threads. It can also drill, enlarge, compare holes and knurl. The typical surface that a horizontal lathe can process is shown in the figure.

The main motion of the engine lathe is the rotation motion of the spindle, and the feed motion is the linear movement of the tool. Feed is usually expressed by the movement of the tool per spindle, in M / R. When turning threads, there is only one compound main motion, namely screw motion, which can be decomposed into spindle rotation motion and tool movement. If you want faster thread processing, or you have large number of workpieces need to be mass-produced then CNC pipe threading lathe is a good choice. In addition, there are some necessary auxiliary movements on the lathe. For example, in order to process the wool to the required size, the lathe should also have the cutting motion (the cutting motion is usually perpendicular to the direction of feed motion, and the worker moves the tool holder by hand on the horizontal lathe). Some lathes also have the rapid longitudinal and lateral movement of the tool holder. 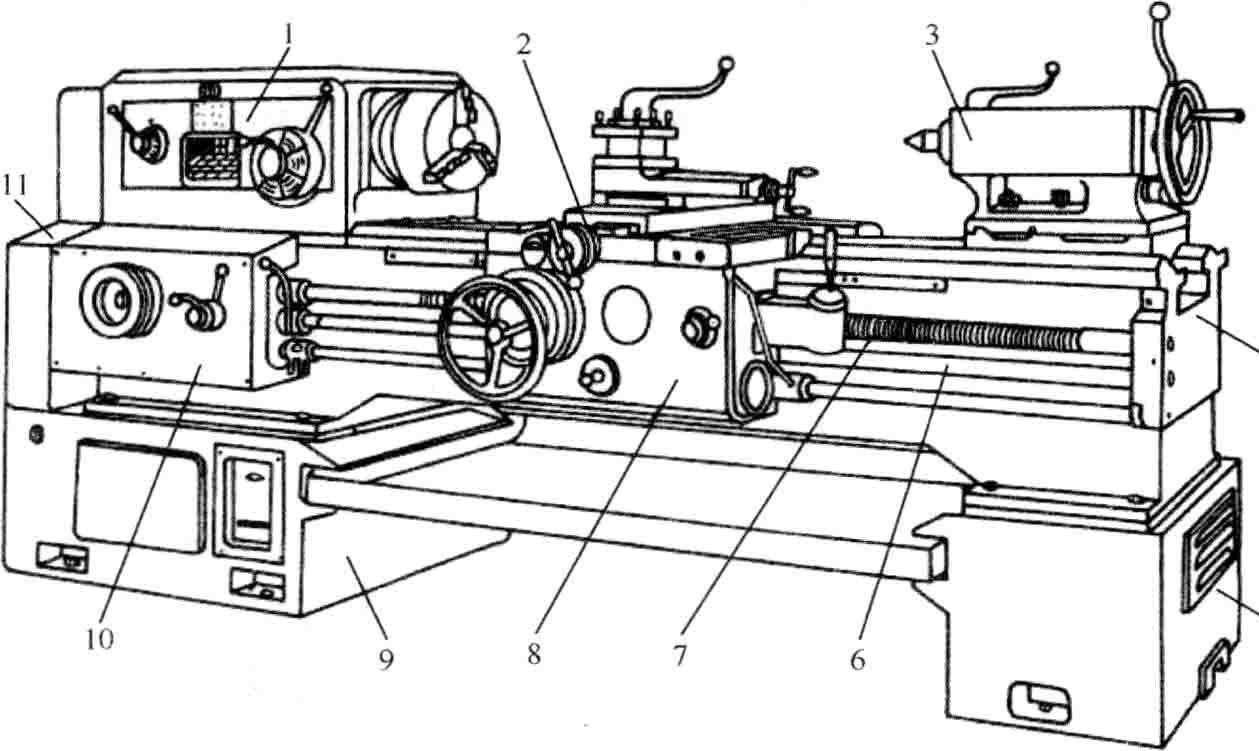 3. Tailstock
The tailstock is mounted on the tool holder rail of the bed and can be adjusted longitudinally along the rail. Its function is to support the long workpiece with the top tip, or to install a hole machining tool such as a drill bit or a dumpling knife for hole machining. Install the bit on the tailstock, The workpiece can be drilled to make the lathe function as a radial drilling machine here.

4. Bed
The bed is mounted on the left and right leg legs and functions to support the main components and maintain an accurate relative position or trajectory during operation.

6. Feed box
The feed box is fixed to the left front side of the bed, and has a feed mechanism changing mechanism for changing the feed of the motor feed or the lead of the machined thread.

1.1 Fill the machine grease diagram with the appropriate grease.
1.2 Check the electrical facilities of each department, the handle, transmission parts, protection and limit devices are complete and reliable.
1.3 Each gear should be at zero position, and the belt should be tight.
1.4 The bed surface is not allowed to directly store metal objects to avoid damage to the bed surface.
1.5 The workpiece to be processed, no muddy sand, prevent mud sand from falling into the carriage, and grinding the guide rail.
1.6 Before the workpiece is clamped, the empty lathe test run must be carried out to confirm that everything is normal before the workpiece can be loaded. 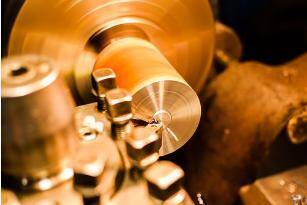 2.1 When the workpiece is good, start the lubricating oil pump first, so that the oil pressure can reach the requirements of the machine tool before starting.
2.2 When adjusting the exchange carrier, when the wheel is adjusted, the power must be cut off. After the adjustment, all the bolts must be tightened, the wrench should be removed in time, and the workpiece should be taken off for trial operation.
2.3 Immediately after loading and unloading the workpiece, remove the floating wrench of the chuck wrench and the workpiece.
2.4 The tailstock and crank handle of the machine tool should be adjusted to the appropriate position according to the processing needs, and tightened or clamped.

2.5 The workpiece, tool and fixture must be securely mounted. The floating force tool must extend the knife part into the workpiece to start the machine.
2.6 When using the center frame or the tool holder, the center must be adjusted and well lubricated and supported.
2.7 When processing long materials, the protruding part behind the spindle should not be too long. If it is too long, the loading frame should be installed and the danger mark should be hung.
2.8 When feeding, the knife should be close to work to avoid collision; the speed of the carriage should be even. When changing a tool, the tool must be at an appropriate distance from the workpiece.
2.9 The cutting tool must be fastened, and the length of the turning tool is generally not more than 2.5 times the thickness of the knife.
2.1.0 When machining eccentric parts, it is necessary to have an appropriate counterweight to balance the center of gravity of the chuck and the speed of the vehicle should be appropriate.
2.1.1. If the card is beyond the workpiece outside the fuselage, protective measures must be taken.
2.1.2 The adjustment of the tool setting must be slow. When the tool tip is 40-60 mm away from the workpiece processing position, manual or work feed should be used instead of direct feed.
2.1.3 When honing the workpiece with a file, the tool holder should be retracted to a safe position. The operator should face the chuck with the right hand in front and the left hand in the back. The workpiece with the key groove on the surface is not allowed to be processed with a file.
2.1.4 When the outer circle of the workpiece is polished with an abrasive cloth, the operator shall light the two ends of the abrasive cloth according to the posture specified in the above article. Do not use a finger to hold the abrasive cloth to polish the inner hole.
2.1.5 When the tool is automatically moved, the small tool holder should be adjusted to be flush with the base to prevent the base from hitting the chuck.
2.1.6 When cutting large or heavy workpieces or materials, sufficient machining allowance should be left.

3.1 Turn off the power and remove the workpiece.
3.2 Each handle is knocked down to zero position, and the tools are cleaned and cleaned.
3.3 Check the condition of each protection device.